CHS Music Returns to the Stage 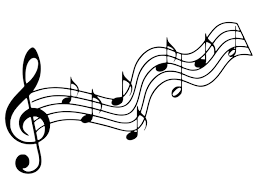 After over a year and a half of silence, the CHS Chorus, Band, and Orchestra are coming back with a bang, with concerts, events, and a whole lot of music.

The band department has three classes—Symphonic Band, Wind Ensemble, and Jazz Ensemble—which will all be performing in their winter concert on December 1 at 7:00 pm in the Calvert High School auditorium.
“I’m excited to get to put out the hard work,” said senior saxophonist Ryleigh Berry.
Members of the band performed at Huntingtown High School on November 18 as part of the All-County Band Program, which is composed of select musicians from all four high schools. Seven Calvert students were selected to be a part of this ensemble.
Another performance opportunity for band has been the home football games on Friday nights for the CHS Marching Cavaliers. The marching band had a busy 2021 season that came to a close when they placed second at the USBands State Championships on October 23.
All three sections of the music department, band, chorus, and orchestra, participated in a coffeehouse-style event this past fall in the courtyard. Singers and musicians performed together for the first time in a long time.
“It was amazing to see so many students want to perform for the first time in over a year and a half,” said band director Mr. Derek Dillman. “It took a lot of courage because we have all become so de-sensitized to the concept of public performance, but it was so inspiring to see people just creating music for music’s sake!”
Band students have not been the only musicians getting back into the groove of things. The chorus department is preparing for their winter concert on November 30, also at 7 pm in the CHS auditorium. The featured groups will be Chamber Choir, Chorale, Choir 1, Concert Choir, and Music Theater, with some duets and solos as well.
“We will be performing holiday songs from all over the world to make our concert a global celebration,” said junior Faith Humphreys. “We are working very hard to make this concert one of the most exciting and enjoyable ones for both our audience and our choral department!”
The Chamber Choir—made up of select singers—has many performance opportunities, such as singing the national anthem at school activities or “Happy Birthday” to a staff member. Some students from Calvert have also participated in All-County Chorus, which held their concert in the CHS auditorium on November 3.
Every year, one of the three segments of the music department alternates in hosting auditions for a Tri-County ensemble of talented musicians from St. Mary’s County, Charles County, and Calvert County. This year is the time for chorus students to shine, and participating singers from Calvert High will be auditioning soon with the concert set in January.
Last but not least, the orchestra department has been appreciating the opportunity to make music now that school is back to in-person learning. Orchestra students also played at the “coffeehouse” performance, which proved to be a fun event for everyone.
Sophomore violinist Sophie Penix said, “It was a great way to get back into how it feels to perform. It was also really cool to see other students perform all types of music they enjoy.”
The orchestra winter concert will be held in the CHS auditorium on December 2 at 7 pm.
The winter concerts are main events for the three segments of the music department to showcase their talents and what they have been working on so far this school year. Any students interested in supporting their peers are encouraged to come see them with free admission.
In the future, another “coffeehouse” event will be hosted, similar to the successful one held back in October. Many students are excited for this, as they greatly enjoyed the last one.
Senior vocalist Caroline Annan said, “It was so chill and laid back. It was all set up in the courtyard with string lights and there were pastries and coffee, and it was just so awesome.”

Even though there has been a significant amount of time away, CHS music is back in full force. Listen for opportunities to come out and support the programs in the coming months.