No ‘Clue’ who the suspect is 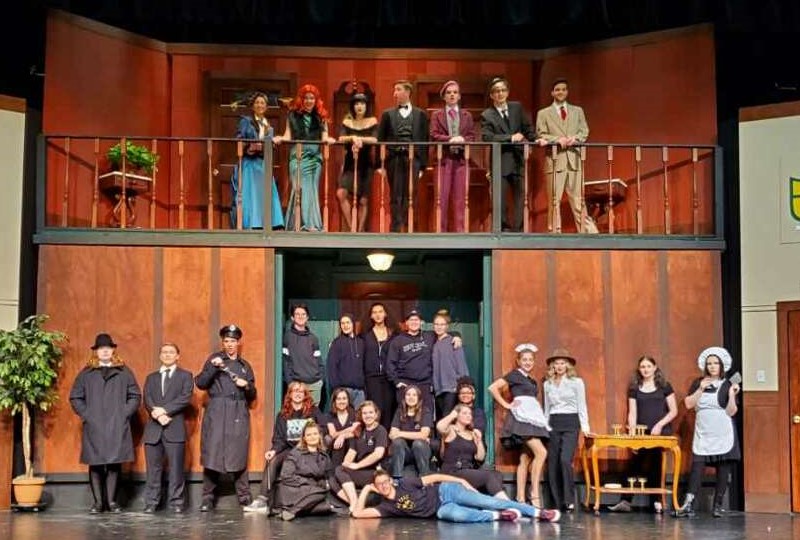 Was it innocent-looking Professor Plum in the study with the candlestick? Or perhaps it was Black Widow Ms. White with the rope in the game room. Of course there’s a strong possibility it was dastardly Col. Mustard who used a gun in the library.

The possibilities — and the suspects — are endless, and Calvert High School tries to unravel the mystery when its Double Edge Productions prepares to stage the murder whodunnit “Clue: On Stage”.

Based on the 1985 film, the two-hour show portrays six people in a creepy New England manor and must solve who is the murderer among them.

“Clue” is most widely known as the classic board game featuring the same rooms, weapons and characters such as Mr. Green, Colonel Mustard, Mrs. White, Miss. Scarlett, Professor Plum, and Mrs. Peacock.

The students have been working since June to prepare for the show. This included two summer workshops where they were given their parts and met their castmates, and they have rehearsed their lines every day after school. They have also dedicated a few weekends toward building.

“I am looking forward to playing Col. Mustard,” Calvert senior Andrew Mason said of the play, which will be his seventh show with Double Edge Productions. “He is such an interesting character, and I really enjoy acting alongside my friends.”

The 70-page script features some interesting plot twists and comedic lines that the cast is excited to perform.

Its quirky, dark humor makes it appropriate for teens and adults, and many of the students agree they are looking forward to seeing the audience’s reactions.

Cortney Costello, who is in her sixth year as director of Double Edge Productions, said she is looking forward to doing something new.

In addition to having opening night on Halloween, the theater department hosted a Halloween-themed themed scavenger hunt for students during lunch in which the winners received candy and tickets for opening night.

There will also be a costume contest for the audience on opening night in which student audience members who dress up can win prizes.

“The idea of fun entertainment that is teen-friendly on Halloween is important,” Costello said. “I’m hoping that the opening night of the show will attract a large student audience.”

For more information, go to http://chsweb.calvertnet.k12.md.us/news/theatre_program.