A season on the course 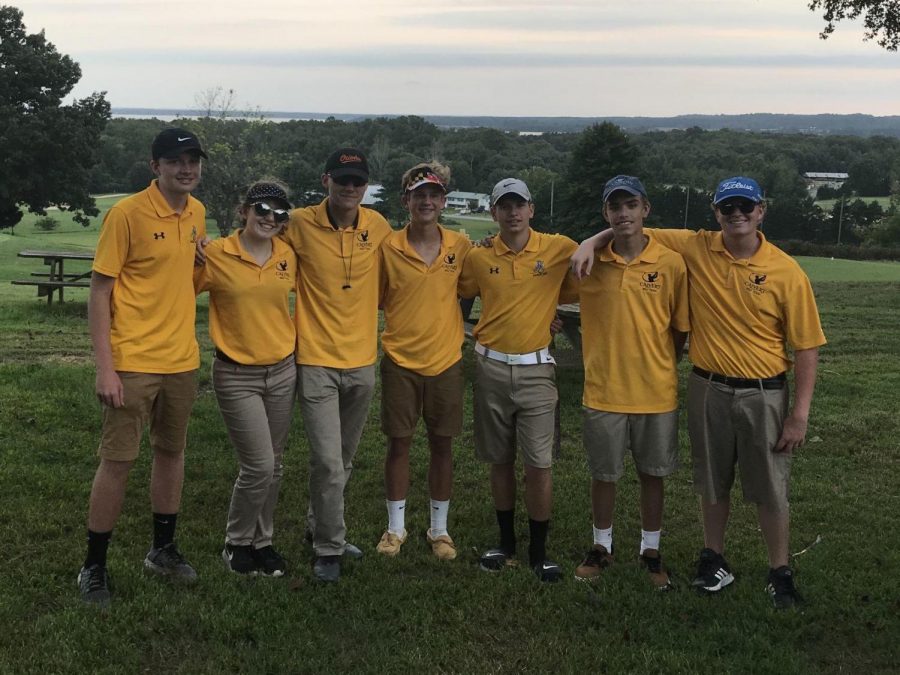 Fall sports season is in full swing at the four Calvert County public high schools. While many sports are starting to wrap up their season, the golf teams are preparing for the SMAC tournament.

Each of the four high schools in the county has a golf team, but it is not widely recognized as it doesn’t require a lot of players. Although open to both boys and girls, the county teams are typically comprised primarily of males.

“Not too many girls seem interested in playing,” said Jeremy Kurutz, Calvert High School’s head golf coach. “In the fall, most females are attracted to sports like soccer and volleyball and it doesn’t leave many left for golf.”

The Calvert golf team is the smallest in the county this year and I am the only female. I really love the sport and playing on the team because it’s not a contact sport, we are always outside, and the hours of practice are flexible.

Unlike other fall activities, golf is a very social sport because you get to meet and talk to people on the other teams while you’re walking the entire round. This has allowed me to meet new people with my same interest and go out and play for fun on the weekends.

My perspective of golf is different than my fellow male teammates as I try and give the team as much recognition as possible. As this is my second year on the team, I have worked really hard to share information about the sport around school because not many people know about it. Unlike other school sports, golf does not attract many spectators, and we are always traveling to our practices and matches because there is no course near the school’s campus.

One of the reasons girls don’t seem drawn to the sport is its reputation of being a game for affluent men, but it really is a game for everyone. Like all sports, playing golf on the high school team requires dedication, as well as investment in equipment. But the benefits from playing golf at a young age are worth it because it’s a lifetime sport. I believe that if more people made an effort to dispel this reputation and see golf for what it is, more young women would be interested in participating.

“Golf just isn’t as popular as other sports in general,” said Garrett Libby, a Calvert senior and member of the golf team. “The cool thing about golf is that you can play it all your life, so why not start practicing now?”

This year, and for the last several years with the exception of the 2017 season, there has only been one girl on the Calvert team at a time. We currently have 10 people on the team, and six who regularly compete in matches, which is the maximum number that can compete in a match. We have five seniors, so we will need to recruit people for next year. Because of this, I have really made it my goal to get the word out about how great the sport is.

All four county teams, including Calvert, have completed their regular season schedule. We are now preparing for our conference tournament on Oct. 17, which will mark the end of our season. This is the best season Calvert High has had in a while, so we’ll see how the tournament plays out.

“We are doing really well this year,” said Coach Kurutz. “We started out the season tied up [in a match with Great Mills] and all of our players have shown much improvement.”

I never thought I would be playing this sport and now that I am, I know it will be a longtime hobby of mine. For now, it’s my high school sport and I love it.

The writer is part of the Young Journalists Program, a partnership between Calvert County Public Schools and The Calvert Recorder. This article was originally published in the Calvert Recorder on October 17, 2018.